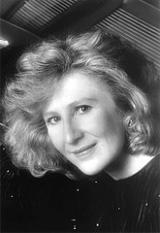 Ursula Oppens, one of the very first artists ever to grasp the importance of programming traditional and contemporary works in equal measure, has won a singular place in the hearts of her public, critics, and colleagues alike. Her sterling musicianship, uncanny understanding of the composer's artistic argument, and lifelong study of the keyboard's resources, have placed her among the elect of performing musicians. In 2008, Ms. Oppens celebrated the 100th birthday of her friend and colleague, Elliott Carter, with critically acclaimed performances of his complete works for solo piano at the Boston Conservatory of Music, at Symphony Space, and at San Francisco Performances; and other appearances at Ravinia, Tanglewood, Merkin Hall, and elsewhere.

A co-founder of Speculum Musicae, Ms. Oppens has an extensive recording catalogue and has received two Grammy nominations: for her Vanguard recording of Frederic Rzewski's The People United Will Never Be Defeated, and for American Piano Music of Our Time, a classic compilation of piano works by 20th century American composers for the Music & Arts label. Her recent Cedille release, Oppens plays Carter, was named on "Best of 2008" lists in The New York Times, The New Yorker magazine, and the Chicago Tribune.

Ursula Oppens studied piano with her mother, the late Edith Oppens, as well as with Leonard Shure and Guido Agosti. She received her master's degree at The Juilliard School, where she studied with Felix Galimir and Rosina Lhévinne. After 14 years as the John Evans Distinguished Professor of Music at Northwestern University, Ms. Oppens joined the faculty of Brooklyn College Conservatory of Music and CUNY Graduate Center as Distinguished Professor in fall 2008.

Time was when Boston had a City Censor, and books and plays drummed up trade by having them “Banned in Boston.” The Boston Modern Orchestra Project, headed by conductor Gil Rose, came up with the deliciously punning title “Band in Boston” for its Jordan Hall concert on January 22. Indeed there was not a bowed string instrument to be seen on stage all evening – nothing but 36 wind players, plus five percussionists, a harpist, and three pianists.

The BMOP continued its season last Friday with their Band in Boston concert, celebrating 20th and 21st century music for wind ensemble with two repertoire mainstays by Stravinsky and Percy Grainger, as well as some newer compositions by Harold Meltzer, Wayne Peterson, and Joseph Schwantner. Robert Kirzinger’s excellent program notes make the case that band music has lost some of its historical prestige because the bands (military, university, etc.) have themselves lost their prestige, despite their ability, popularity, and cultural and social significance.

The Boston Modern Orchestra Project is known for exploring a wide variety of 20th- and 21st-century instrumental music. On January 22nd at New England Conservatory’s Jordan Hall, under the baton of music director Gil Rose, the group forayed into wind ensemble territory with a program of varying styles and with mixed effectiveness.

If you saw sparks flying over Boston’s Back Bay last night, it might have been the result of the energy and excitement generated by the Boston Modern Orchestra Project during their performance in Jordan Hall. BMOP’s primary mission is to commission, perform and record new orchestral work. They also perform 20th-century “classics” with great gusto.

This is a dazzling piece, smashingly executed.