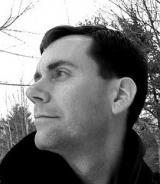 A member of BMOP since the group's inception in 1996, principal percussionist Robert Schulz has become a familiar face to Boston audiences. The Boston Globe has described him as "heroic and indefatigable" and "a spellbinding performer" in addition to frequent references to his "virtuoso work". Highly sought after by instrumentalists, composers and conductors alike for his collaborative skills, Mr. Schulz's percussive expertise extends through the traditional symphonic repertory, contemporary solo and chamber ensemble works to jazz, improvisational forms and world music. In addition to BMOP, he is percussionist for the Auros Group for New Music, Boston Landmarks Orchestra, Boston Musica Viva, Fromm Players at Harvard, Music at Eden's Edge and the newly formed Mistral (of the Andover Chamber Music Series). He has worked with the Boston Symphony, Boston Pops, Boston Ballet, and Pro Arte orchestras on numerous occasions as well as the Boston Chamber Music Society, Collage New Music, Dinosaur Annex and Firebird Ensemble. In 2004 he was nominated for a Grammy Award in the category of Best Small Ensemble Performance for his work on Yehudi Wyner's The Mirror.

Originally from Buffalo, N.Y., Mr. Schulz's first teachers were John Rowland and Lynn Harbold of the Buffalo Philharmonic and later Jan Williams at SUNY Buffalo, where he earned his Bachelor's Degree (1989). After moving to Boston in 1990 for study at the New England Conservatory, he completed a Masters in Jazz Studies with Fred Buda (1992) and was subsequently offered a full scholarship to pursue a Graduate Diploma in Solo Percussion with Frank Epstein of the Boston Symphony (1994).

A committed and passionate instructor as well as performer, current teaching affiliations include Tufts University, Harvard University and the Boston Conservatory. His work at these institutions includes private lessons, ensemble coaching and conducting, musician contracting, and compositional seminars. Ever a student of music himself, Mr. Schulz's overriding approach to his craft is one of inclusion, appreciation and exploration of all the great musical traditions and their practitioners.

Warning: Consuming Kick & Ride (the Boston Modern Orchestra Project's newest recording that features three drum-heavy works by Eric Moe) while in anything even hinting at a bad mood could lead to broken mugs at Starbucks, holes in apartment walls or shoving matches on a downtown 6 train platform.

The Boston Modern Orchestra Project (BMOP), under artistic director and conductor Gil Rose, returns to the Moonshine Room at Club Café this year for three cabaret-style performances of new music.

At times primal and ritualistic and others sophisticated and smoky, this unbridled trio will fuel whatever flames you're currently fanning.