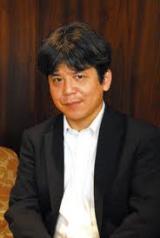 Toshio Hosokawa, Japan's preeminent living composer, constantly explores the boundaries between cultures. His distinctive compositions examine the relationship between Western avant-garde art and traditional Japanese culture, and are influenced by the static structures of the Gagaku music of the Japanese court. Nature and its inherent transience also greatly influence his compositions. "Transience is beautiful", says Hosokawa, who uses the Buddhist notion of balance between life and death to describe his musical language: "The tone comes from silence, it lives, it returns to silence."

Born in Hiroshima in 1955, Toshio Hosokawa came to Berlin in 1976 to study composition with Isang Yun. He continued his studies with Klaus Huber and Brian Ferneyhough. Initially, Hosokawa based his music on the Western avant-garde, but he soon began to explore new musical terrain, composing his first opera Visions of Lear to great acclaim in a style that brought together eastern and western influences. His second opera Hanjo (2004) is regularly programmed by opera houses and festivals.

Hosokawa made a name for himself at new music festivals in the early 90s with chamber music works such as Landscapes I-V. Following the success of his oratorio Voiceless Voice in Hiroshima and of his orchestral work Circulating Ocean, which the Vienna Philharmonic premiered at the Salzburg Festival in 2005, his music began to be performed in eminent concert halls around the world. He has written many solo works, such as the cello concerto Chant which he wrote for Rohan de Saram and the WDR Symphony Orchestra Cologne in 2009, part of a series of works for solo instruments and ensemble that he began in 2003. Japanese instruments are utilized in many of his over 160 works, often combined with traditional European instruments. Chamber music is still a big part of Hosokawa's compositional output. In 2008, Hosokawa wrote Stunden-Blumen, a quartet with the same instrumentation as Messiaen's Quatuor pour la fin du temps.

He has received numerous awards and prizes. He has been a member of the Academy of Fine Arts Berlin since 2001 and a fellow of the Institute for Advanced Study in Berlin since 2006. He is the artistic director of the Takefu International Music Festival and a frequent guest at prominent contemporary music festivals, such as the Pacific Music Festival in Sapporo, Japan, the Salzburg Biennale, the Rheingau Musik Festival, and the MITO SettembreMusica Festival in Milan and Turin. In spring 2012 he will also be composer in residence at the Tongyeong International Music Festival, during which he will premiere a new orchestral work. In summer 2012 he will begin a three year appointment as artistic director of the Suntory Hall International Program for Music Composition.

A number of Toshio Hosokawa's works received their premieres in the 2010/11 concert season, including Woven Dreams (Cleveland Orchestra with Franz Wesler-Möst, Lucerne Festival), Sternlose Nacht (Mahler Chamber Orchestra and the WDR Choir with Kent Nagano, Baden-Baden and further performances with the Dresdner Philharmoniker and Leonard Slatkin in the Frauenkirche) and his new horn concerto Moment of Blossoming (Berlin Philharmonic, soloist Stefan Dohr). The world premiere of Toshio Hosokawa's opera Matsukaze, staged by Sasha Waltz, in May 2011 at the Monnaie in Brussels was a great success, and was followed by performances at the Staatsoper Berlin and in Warsaw and Luxembourg.

Toshio Hosokawa's 2011/2012 concert season started out with three world premieres. His Concerto for Shakuhachi and Orchestra had its premiere during the MITO SettembreMusica Festival in Milan and Torino. The world premiere of his composition Singing Garden, inspired by Vivaldi's concertos for recorder, was performed by recorder soloist Jeremias Schwarzer and the Akademie für Alte Musik in Berlin. Hosokawa's work Blossoming II for chamber orchestra, which was premiered at the Edinburgh International Festival with the Scottish Chamber Orchestra, received an enthusiastic response. In spring 2012, Toshio Hosokawa's new work for ensemble and soprano entitled The Raven, based on the correspondent text by Edgar Allan Poe, will be premiered in Brussels by the ensemble United Instruments of Lucilin conducted by Hosokawa himself.