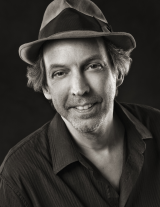 If Third Stream music, the merger of classical music and jazz, never took hold within either musical world as it might have since its official inception in the late 1950’s, the best examples of the genre still prove that it was more that just an academic pipedream.

Schuller has unearthed three original works, recasting each as collaborations between contemporary jazz players and BMOP.