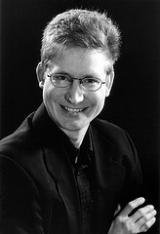 Gary Gorczyca began his musical career on the heels of an education from New England Conservatory, Boston University, and Indiana University of Pennsylvania. Shortly after, he received fellowships to attend the Norfolk Chamber and Contemporary Music Festival as well as the Tanglewood Music Center, where he was awarded a Jackson Prize for outstanding musical achievement. A founding member of the Chameleon Arts Ensemble, Mr. Gorczyca's chamber music experience also includes the Rockport Chamber Music Festival and the Fromm Players at Harvard University. For ten years, he was the first-call substitute for third clarinet and bass clarinet with the Boston Symphony Orchestra under the baton of Seiji Ozawa, Bernard Haitink, and André Previn, among others. He has also received solo bows at Boston's Symphony Hall and Carnegie Hall in New York. Additionally, he has been a soloist with the Angelica International Festival, the Boston Modern Orchestra Project, and Boston Classical Orchestra. His primary orchestral affiliations are with Opera Boston and BMOP.