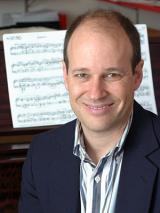 Eric Sawyer's music is frequently performed on both coasts of the United States, including New York City's Weill Recital Hall and Merkin Concert Hall and the Tanglewood Music Center, as well as in England, France, Germany, and most recently in Romania and Bulgaria. Recent performances include works on programs by the Brentano String Quartet, San Jose Chamber Orchestra, Ensemble Phoenix, Radius Ensemble, Laurel Trio, Now and Then Chamber Players, Aurelius Ensemble, Opera Longy, Ives Quartet, Arden Quartet, Lighthouse Chamber Players, Earplay, and Empyrean. He completed a residency at the Center for New Music and Acoustic Technologies at University of California, Berkeley, resulting in the premiere of Itasca for voices and live electronics, in collaboration with John Shoptaw and choreographer Wendy Woodson.

Sawyer has received the Joseph H. Bearns Prize in Music, a First Music commission from the New York Youth Symphony, awards from the Tanglewood Music Center and the American Academy of Arts and Letters, and has held fellowships from the MacDowell Colony and Harvard University. He appears frequently as a solo and chamber pianist, recently on programs by Empyrean, Lighthouse Chamber Players, and Composers in Red Sneakers, and is the founding director of the critically acclaimed contemporary ensemble Longitude. Following four years as Chair of Composition and Theory at the Longy School of Music, Sawyer joined the composition faculty of Amherst College in the fall of 2002. Previously, he has taught composition and theory at the University of California, Santa Cruz, Wellesley College, and MIT. Sawyer received his undergraduate musical training at Harvard College, and completed his graduate studies at Columbia University and the University of California, Davis. His teachers have included Leon Kirchner, Ross Bauer, Tison Street, Andrew Imbrie, Thomas Benjamin, and George Edwards. His chamber music compilation String Works and his cantata The Humble Heart are available on compact disc from Albany Records.

This is a wonderful surprise. When the Editor proposed the disc, from the title I suspected it would be about the Lincoln assassination, as Our American Cousin was the name of the play performed that evening in Ford’s Theater. But I did not know the composer, Eric Sawyer (b. 1962), nor his librettist John Shoptaw, and knew nothing of this opera, which is truly “hot off the press,” having been premiered in Boston just last year.

BMOP/sound, the nation's foremost label launched by an orchestra and devoted exclusively to new music recordings, announces the release of its fifth CD Eric Sawyer: Our American Cousin. A collaborative invention of composer Eric Sawyer and librettist John Shoptaw, Our American Cousin is a two-disc opera CD, which draws upon the tragic events of Abraham Lincoln's assassination in Ford's Theater on April 14, 1865. The work offers something new in the realm of American contemporary opera as it presents a unique and refreshing panorama of a familiar story in American history.

NORTHAMPTON - In opera, anything can happen as long as you sing about it.

In Eric Sawyer and John Shoptaw’s new opera Our American Cousin, the events immediately surrounding President Abraham Lincoln’s assassination were examined operatically through the eyes of the actors in the play the president came to Ford’s Theater to attend that fateful evening.

The opera premiered Friday evening at the Academy of Music Theater.

NORTHAMPTON - It is rare to encounter an opera premiere outside the big cities or big festivals but Amherst composer Eric Sawyer and Berkeley poet John Shoptaw have done the almost-impossible. They raised $100,000 (from foundations and generous individuals), enlisted the talent (some of it from Opera Boston), and produced their new opera, Our American Cousin, on Friday at the Academy of Music in this town. This was its first fully staged performance. The Boston Modern Orchestra Project was in the pit, led by Gil Rose.

It sounds like the answer to a Trivial Pursuit question, history category: What was playing at Ford’s Theatre the night Abraham Lincoln was assassinated? The answer, for those not up on their Civil War-era minutiae, is Our American Cousin, a rather slight comedy of manners by British writer Tom Taylor.

Eighteen years since he and librettist John Shoptaw “tossed around” the possibility of writing an opera about the night President Abraham Lincoln was assassinated, composer Eric Sawyer is about to see the full realization of that idea.

The opera Sawyer and Shoptaw wrote, entitled Our American Cousin after the Tom Taylor Broadway comedy Lincoln and his wife were attending at Ford’s Theatre in Washington, D.C., that fateful night, receives its world premiere fully-staged performances on Friday and Saturday at the Academy of Music in Northampton

The Republican Full review
[News Coverage] Singing the Union in peril: Opera goes behind the scenes at Ford's Theater

Backstage at Ford’s Theater in Washington, D.C. on the night of April 14, 1865, Ned Emerson is rehearsing his sneeze.

Actor John Wilkes Booth, a familiar face, though not in the cast that evening, approaches Jack Mathews with a sealed letter and a request to deliver it to John Coyle, editor of the National Intelligencer, the following day.

President Abraham Lincoln’s assassination and the surrounding events are seen through the prism of musical drama in the world premiere of Our American Cousin, a new opera by Amherst College composer Eric Sawyer and librettist John Shoptaw.

When Laura Keene took the stage of Ford’s Theater in Washington, D.C. to greet the audience on April 14, 1865, she had every good reason to anticipate a fine evening ahead.

With her theater company, she was poised to present a sure crowd-pleaser, Broadway’s first smash hit. The assemblage included distinguished guests President Lincoln and the First Lady. And five days earlier, the surrender of Confederate General Lee to U.S. Grant at Appomattox had ended the long nightmare of the Civil War that had split the nation in two.

A Lincoln Bicentennial Commission national event, "a modern opera on the last hours of Abraham Lincoln's life," will have its concert premiere at 8 pm, Saturday, March 31, in the Buckley Recital Hall at Amherst College.

Again, outstanding performances by BMOP. This comes with a very high recommendation to a wide audience.