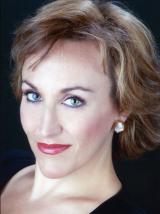 Emily is pleased to be making her debut with BMOP. Boston audiences may remember her from her first collaboration with Maestro Rose, as Agathe in Opera Boston’s production of Der Freischütz, and she has also appeared with Boston Lyric Opera as the Governess in The Turn of the Screw. In addition to her thirteen seasons as a principal artist with the Metropolitan Opera, where she sang the international broadcasts of roles as diverse as Valencienne in The Merry Widow, Marguerite in Faust, and Gerhilde in Die Walküre, Emily has appeared with opera companies and symphonies across the country, including Seattle Opera, Portland Opera, Los Angeles Opera, Opera Colorado, Minnesota Opera, Atlanta Opera and Houston Grand Opera, and around the world, ranging from the Royal Opera House Covent Garden to the International Opera Festival of Miskolc, Hungary, to the National Symphony of Taiwan. She is especially well known for her work with modern composers, with award-winning portrayals of the title role in Carlisle Floyd’s Susannah with Wexford Festival Opera and of Lavinia Mannon in NYCO’s production of Marvin David Levy’s Mourning Becomes Electra, and she has sung the title role in the world premieres of HGO’s production of Mark Adamo’s Lysistrata, later reprised at New York City Opera, and, most recently, Alice, in the Time of the Jabberwock with UrbanArias. She can be heard on the Naxos recording of Adamo’s Late Victorians.