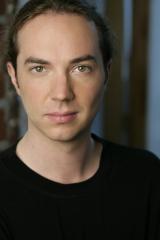 Widely praised for his skills both as a singer and as a nuanced and subtle actor, David Salsbery Fry seized the spotlight in 2013 when he stepped in as Mosè in Mosè in Egitto for a four-performance run with New York City Opera on very short notice. In his review for The Associated Press, Ronald Blum said, “With noble stature and flowing bass-baritone, Fry’s Moses had a world weary and endearing quality...”

Possessed of virtuosic technique and a wide vocal range which gives him command of both the bass and bass-baritone repertoires, Mr. Fry plunged down to contra G (49 Hz) for his performances of Ogro in Gotham Chamber Opera’s production of Montsalvatge’s El gato con botas. Other notable engagements from the past few seasons include Osmin in Die Entführung aus dem Serail for St. Petersburg Opera, Seneca in L’incoronazione di Poppea and Hobson in Peter Grimes for Aspen Music Festival, Don Basilio in Il barbiere di Siviglia for Vero Beach Opera, Truffaldin in Ariadne auf Naxos at Tanglewood, Arkel in Pelléas et Mélisande and Sarastro in Die Zauberflöte in Tel Aviv, his Mostly Mozart debut in Stravinsky’s Renard, and Olin Blitch in Susannah with Opera at Rutgers.

Mr. Fry is a tireless advocate for new music; in the 2016-17 season alone he created roles in three world premiere opera productions: Scott Wheeler’s Naga, Louis Karchin’s Jane Eyre, and Chaya Czernowin’s Infinite Now, selected as “World Premiere of the Year” in the 2017 Opernwelt critics survey. Of David’s performance in Infinite Now, Andreas Falentin wrote, “The young bass David Salsbery Fry thrilled with his extremely sensual and almost impossibly deep tones.” He has performed in four workshops for The Metropolitan Opera, and premiered several solo and chamber works, including the song cycle ten songs of yesno by Osnat Netzer.

His recording as the narrator in Charles Fussell's Cymbeline marks Mr. Fry’s first appearance with the Boston Modern Orchestra Project. Previous engagements under Gil Rose’s baton include the Odyssey Opera productions of Massenet’s Le Cid, Tchaikovsky’s The Maid of Orleans and Honegger’s Jeanne d’Arc au bûcher. David’s performances as narrator include the 2014 world premiere of an adaptation of Poe’s The Tell-Tale Heart by Rebecca Frank.

Mr. Fry studied at Juilliard, the University of Maryland, and Johns Hopkins and apprenticed with The Santa Fe Opera. He is the grand prize winner and reigning laureate of the Bidu Sayão International Vocal Competition. David is a proud member of the American Guild of Musical Artists (AGMA), and serves his union as a member of the Board of Governors and as Vice Chair of the New York Area Committee.

More on Mr. Fry’s life and career can be found at http://davidsalsberyfry.com and in the October 2015 issue of Classical Singer Magazine.