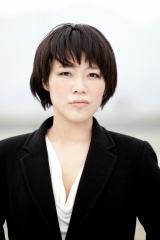 Ching-Yun Hu, distinguished Taiwanese-American pianist declared a “first-class talent” and praised for her “poetic use of color and confidently expressive phrasing” (The Philadelphia Inquirer), is recognized and acclaimed worldwide for her dazzling technique, deeply probing musicality, and directly communicative performance style. Ms. Hu’s concert career has flourished with a host of engagements on five continents after winning the top prize at the 12th Arthur Rubinstein International Piano Master Competition in Tel Aviv, Israel, where she was also awarded the Audience Favorite Prize. Immediately after, she was engaged for a seven-city tour across Israel and a special invitation from the Israel Philharmonic Orchestra to perform Beethoven’s Piano Concerto No. 1 on only a week’s notice. A year later, she won the Concert Artists Guild Competition in New York City.

An avid Chopin interpreter, Ching-Yun Hu’s debut recording, an all-Chopin CD released in 2011 on the Taiwanese label ArchiMusic, won Taiwan’s 2012 Golden Melody Award for Best Classical Album of the Year. The fall of 2013 saw the release of her second CD – music of Granados, Mozart and Ravel – on CAG Records.