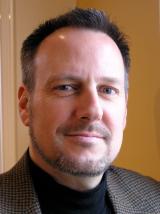 Thomas Oesterling is heard frequently on the opera and concert stages of New England. The Boston Globe praised him for the ‘Sweetness, awe and clarity’ of his singing of Uriel in Haydn’s Creation under the baton of Robert Shaw. As Eisenstein in Die Fledermaus for Commonwealth Opera, he was acclaimed for having “played Eisenstein to the height of comic foppishness, bringing to bear a voice equally at home in the most serious and demanding repertoire.”  In addition to Eisenstein, his roles include Don Ottavio in Don Giovanni, Count Almaviva in The Barber of Seville, Alfredo in La Traviata, and Acis in Acis and Galatea, which he recently performed with Ensemble Courant at UNC Chapel Hill.

Mr. Oesterling is a proponent of new music, having participated in the New England premieres or revivals of many new works, including Lee Hoiby’s The Scarf and James Yannatos’ The Rocket’s Red Blare with Intermezzo Opera, Leonard Bernstein’s A quiet place, Robert Sirota’s Cabaret Songs, and the world premiere of The Fall of the House of Usher by Phillip Glass at the American Repertory Theatre.