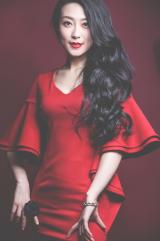 Su Chang is an exceptionally talented guzheng performer and guzheng instructor at Beijing’s Central Conservatory of Music. Su was named as one of the "New Top Ten Guzheng Performers" in China, and was awarded the gold medal at the CCTV Chinese Instrumental Music Competition in 2007. Su has performed in collaboration with the San Francisco Symphony, the Chicago Sinfonietta, the YouTube Symphony Orchestra, and many more. She has also performed remarkably with the Royal Philharmonic Orchestra, German Mannheim National Opera Orchestra, Swiss Youth Symphony Orchestra, and the German Young Euro Classic chamber orchestra. In December 2010, Su was invited to perform with the world-famous music guru Kitaro in a San Francisco concert. She has released the albums Yunshang Su, Rushi, and Chinese Tunic, which was recorded by Warner Brothers to commemorate the 100 year anniversary of China’s Revolution of 1911 and released in the U.S. in 2010.