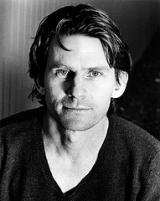 Steven Mackey was born in 1956 to American — parents stationed in Frankfurt, Germany. His first musical passion was playing the electric guitar in rock bands based in northern California. He later discovered concert music and has composed for orchestras, chamber ensembles, dance and opera. He regularly performs his own work, including two electric guitar concertos as well as numerous solo and chamber works and is also active as an improvising musician.

As a composer, Mackey has been honored by numerous awards including a Guggenheim Fellowship, a Charles Ives Scholarship from the American Academy and Institute of Arts and Letters, two awards from the Kennedy Center for the performing arts, the Stoeger Prize for Chamber Music by the Chamber Music Society of Lincoln Center and in 2000 the Miami performing arts center acknowledged his contributions to orchestral music with a special career achievement award. His Indigenous Instruments was selected to represent the U.S. at the International Rostrum of Composers in Paris in 1990. Mackey has been the composer in residence at numerous music festivals including Tanglewood and Aspen and he was featured at the 2000 American Mavericks Festival and the 2003 Holland festival in Amsterdam.

Among his commissions are works for the Chicago and San Francisco Symphonies, the Los Angeles Philharmonic, the Kronos Quartet, the Koussevitzky Music Foundation in the Library of Congress, the Fromm Foundation, the Brentano String Quartet, the Borromeo String Quartet, Fred Sherry, Dawn Upshaw, and The Dutch Radio Symphony, Prism Saxophone Quartet, the BBC Scottish Chamber Orchestra and many others.

His monodrama - Ravenshead - for Tenor/actor (Rinde Eckert) and electro-acoustic band/ensemble (The Paul Dresher Ensemble), has been performed nearly one hundred times and is available on a min/max CD. In a year-end wrap up of cultural events, USA today crowned the work the "Best New Opera of 1998".

As a guitarist he has performed his own music with the Kronos Quartet, the Arditti Quartet, New World Symphony, the Dutch Radio Symphony, The London Sinfonietta, Nexttime Ensemble (Parma), Psappha (Manchester), Joey Baron. Mackey is currently Professor of Music at Princeton University where he has been a member of the faculty since 1985. He teaches composition, theory, twentieth century music, improvisation and a variety of special topics. As co-director of the Composers Ensemble at Princeton he coaches and conducts new work by student composers as well as twentieth century classics. In 1991, he was awarded the first-ever Distinguished Teaching Award from Princeton University.

His music is published by Boosey & Hawkes.

The Grammy Awards are Sunday night in Los Angeles, and sure, big national music names like Lady Gaga, Justin Bieber and Neil Young will be waiting to hear if they’ve won. But Boston’s talent will be well-represented, too.

And The Nominees Are… Harpist Sarah Schuster Ericsson

It was a big decision, but harpist Sarah Schuster Ericsson finally settled on what to wear to the ceremony in LA — a long, light-gray silk gown with a scooped back. She even modeled it for me in her bedroom.

Steven Mackey is a busy guy. In addition to playing the guitar and teaching music at Princeton, he composes some very large scale musical works, like Dreamhouse, his piece for singer/actor, vocal quartet, electric guitar quartet, and orchestra, which was commissioned for the Holland Festival in 2003.

Local musicians have seized four nominations at this year’s prestigious Grammy awards, presented every year by the American Academy of Recording Arts and Sciences. The Mariinsky label’s recording of Rodion Shchedrin’s opera The Enchanted Wanderer performed by the Mariinsky Theater Symphony Orchestra and Chorus under Valery Gergiev is a finalist in two categories: “Best Opera” and “Best Work by a Contemporary Classical Composer.”

BMOP/sound, the nation's premier label launched by an orchestra and dedicated exclusively to new music recordings, announced its much anticipated CD release, Steven Mackey: Dreamhouse. The recipient of numerous awards, including a Guggenheim Fellowship, a Charles Ives Scholarship from the American Academy of Arts and Letters, two awards from the Kennedy Center for Performing Arts, and the Chamber Music Society of Lincoln Center's Stoeger Prize, Steven Mackey (b. 1956) has established himself as an American iconoclast pioneering the new music scene.

The Boston Globe Full review
[Concert Review] Maestro, is that a DJ with your orchestra?

Anyone who caught the Ben Folds performance with the Boston Pops last week and was struck by the thinness of the meeting of musical worlds should have been there on Saturday night at Sanders Theatre to hear the Boston Modern Orchestra Project tee off on three bracingly imaginative works infused with rock ‘n’ roll and other popular styles.

Gil Rose and his Boston Modern Orchestra Project are nothing if not adventurous, playing all sorts of new music and bringing classical music to pubs and bars.

Tonight they take that spirit even further by performing Anthony De Ritis’ Devolution: A Concerto for DJ and Orchestra featuring DJ Spooky the Subliminal Kid; Steven Mackey’s Dreamhouse featuring electric guitars and vocalists; and the world premiere of Evan Ziporyn’s Hard Drive. The program, at Sanders Theatre, is part of the Celebrity Series Boston Marquee performances.

In the basement of the Masonic Hall in Porter Square, conductor Gil Rose is giving members of the Boston Modern Orchestra Project fair warning. “This is going to get pretty loud,” he says.

Gil Rose and the Boston Modern Orchestra Project (BMOP) will perform Devolution, an original piece composed by Northeastern professor Anthony De Ritis and featuring DJ Spooky (Paul D. Miller) on May 19th at 8 p.m. at the Sanders Theater, as part of the Bank of America Celebrity Series.

Presented by the Bank of America Celebrity Series, and its President and Executive Director, Martha H. Jones, the Boston Modern Orchestra Project (BMOP) celebrates the final concert of its 10th anniversary season with a Boston Marquee performance May 19th @ 8:00pm, at Harvard University's Sanders Theatre (45 Quincy Street, Cambridge). As the nation's only orchestra dedicated exclusively to performing, commissioning, and recording new music of the 21st century, BMOP turns its focus to American composers inspired by rock and roll.

The 68th season of Bank of America Celebrity Series opens with ‘‘A Cajun Celebration” Oct. 15, featuring the Preservation Hall Jazz Band in a benefit performance for the New Orleans Musicians Hurricane Relief Fund and the Celebrity Series Arts, Education and Community Program.