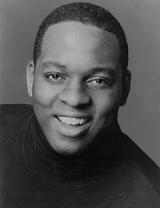 On the opera stage with over 30 roles, he excels equally in contemporary works and standard repertory. He received superlative praise in the role of the Minotaur in the world premiere of Philippe Fenelon's Les Rois for Opera National in Bordeaux, and when he created the title role in Elena Ruehr's Toussaint Before the Spirits for Opera Boston, The Boston Globe called his performance "Astounding…Salters is a fearless and exhaustingly honest performer and a thrilling singer."

Mr. Salters has most recently been acclaimed in roles by Mozart (Don Giovanni, Count Almaviva/Le nozze di Figaro and Guglielmo/Cosi fan tutte); Donizetti (Malatesta/Don Pasquale) (Belcore/L’Elisir d’Amore; Gluck (High Priest and Hercules/Alceste); Handel (Melisso/Alcina and Achilla/Guilio Cesare); Leoncavallo (Silvio/I Pagliacci); and as Captain Balstrode in Britten's Peter Grimes at Tanglewood on the occasion of the 50th anniversary of the piece's
American premiere. He just appeared in the 2006-07 season in the critically acclaimed Opera Boston production as Bill in Kurt Weill's Rise and Fall of the City of Mahagonny.

Some of the season's greatest highlights included Mr. Salters singing the lead role of Kovalyov in rare performances of Shostakovich's opera The Nose and sold-out standing ovation concerts in France with Orchestre de la Loire and in Africa and a recital and week long masterclass in Hawaii. This summer, he will be singing the fantastic role of Paulus in Montreal as well as a new opera called Invisible Cities at Yale University. Next season, he will be singing in Chicago in conjunction with the Ravinia Festival and the dance company Luna Negra, Don Pasquale in Spain, recitals at the Kennedy Center and other locations in the US and Europe including Spain, France and Belgium as well as several world premieres including a world premiere of William Bolcom for Mr. Salters and The Lark String Quartet.