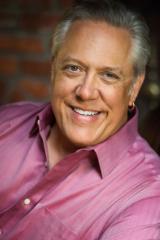 He has been a member of the voice faculty at Mannes School of Music at The New School in New York City for the past 5 years, teaches privately out of his home outside of Philadelphia, and is a recurring guest instructor at the Potomac Vocal Institute in Washington, DC. He is also in demand for master classes on college campuses and young artist programs around the country. He will release his first solo CD in 2020, a compilation of American art songs with four giants of American Song composition at the piano playing their own works. Mr. Powell earned his Bachelor of Music degree in Theory and Composition (piano emphasis) from Northwestern University, his Master of Music and Certificate in Performance from DePaul University in Vocal Performance, and spent two years as a young artist in the Lyric Opera of Chicago’s apprentice program. He is a member of NATS, AFTRA, AGMA and NARAS.

Mr. Powell was born and raised in West Chester, PA, and currently resides near his hometown in beautiful Chester County with his wife, soprano Barbara Shirvis, and their two sons, Benjamin and Zachary, both of whom are pursuing careers as singers and jazz musicians.