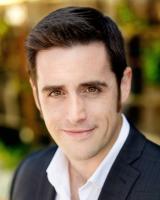 Praised for his "rich, powerful voice" and "bravura-filled stage presence," Neal Ferreira is a promising lyric tenor with a handsome, masculine tone quality to which he brings a cultivated vocalism and eloquent expression. Dubbed a “Boston mainstay” by the Boston Globe, he most recently appeared with Boston Lyric Opera as a member of the Jazz Trio in Bernstein’s Trouble in Tahiti, and with the Boston Youth Symphony Orchestra as Le Remendado in Carmen.

This October, Ferreira created the role of Master Turner in the world premiere of Brother Nat, a new opera based on Nat Turner’s historic slave insurrection of 1831, with book/lyrics by Jabari Asim and Liana Asim and music by Allyssa Jones. Upcoming engagements include his role debut as Tamino in The Magic Flute with the Boston Youth Symphony Orchestra at Symphony Hall in March 2019, as well as his first performance of the tenor solos in Beethoven’s Symphony No. 9 with the Wellesley Symphony Orchestra in May 2019. In June 2019 he will return to Emmanuel Music to sing the role of Captain Macheath in Benjamin Britten's version of The Beggar's Opera.

Mr. Ferreira made his Tanglewood debut with the Boston Symphony Orchestra in the summer of 2018 in a concert performance of La bohème under the baton of Maestro Andris Nelsons. He first performed with the BSO in the 2016-17 season as Ein Tierhändler in Der Rosenkavalier with Renée Fleming and Susan Graham. He made his Odyssey Opera debut later that season as Jack in Mario Castelnuovo-Tedesco’s The Importance of Being Earnest, and he has since returned to the Odyssey stage singing the role of Giovanni D’Aire in Donizetti’s rarely heard L’assedio di Calais.

A much sought after interpreter of new music, Ferreira’s successful performance as the Visitor in Boston Lyric Opera’s production of Philip Glass’ In the Penal Colony was called “poignant” by the Wall Street Journal and “perfect” by Opera News. He originated the role of Ferdinand in the world premiere of Joseph’s Summer’s The Tempest with the Shakespeare Concerts in 2015, and he can be heard on the original cast recording released on Albany Records. He is also featured on the premiere recording of James MacMillan’s chamber opera, Clemency.

The tenor received the 2013 Artist of the Year Award from Syracuse Opera, where he last performed the role of Alfred in Die Fledermaus to much acclaim. He was also awarded the 2009 Stephen Shrestinian Award for Excellence from Boston Lyric Opera, with whom he has performed numerous roles over the last ten seasons, including Tancredi in John Musto's The Inspector, Monostatos in The Magic Flute, the Gran Sacerdote in Mozart’s Idomeneo, re di Creta, and Snout in A Midsummer Night's Dream, to name a few.

Mr. Ferreira made his Opera Colorado debut performing Spalanzani and Andres in Les Contes d’Hoffmann, roles he first performed with Boston Lyric Opera under the direction of Maestro Keith Lockhart and reprised with the Florida Grand Opera. Other appearances have included Sheldon Segal in Later the Same Evening and Charlie Davenport (cover) in Annie Get Your Gun with Deborah Voigt at the Glimmerglass Festival.

As an oratorio soloist, Mr. Ferreira has performed the role of Uriel in Haydn’s The Creation with soprano Jayne West, as well as noted performances in Orff’s Carmina Burana, Bach’s Mass in B minor and Magnificat, Mozart’s Requiem, Rossini’s Petite Messe Solennelle, and Dvořak’s Stabat Mater throughout the New England area. He is a regular guest soloist at his alma mater, Providence College, where he most recently appeared in Handel’s Messiah and Dubois’ Seven Last Words of Christ with the Providence College Orchestra and Chorus.

Mr. Ferreira is a student of the world-renowned tenor, Frank Lopardo. He holds a Master of Music degree in Vocal Performance from New England Conservatory, graduating with Academic Honors in 2005. There he studied with international opera singer Patricia Craig, and he sang the role of Tamino in The Magic Flute as part of New England Conservatory Outreach Opera’s inaugural production.