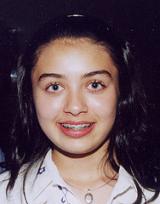 A composer and pianist who studies at Phillips Academy in Andover, Massachusetts, Natasha Sinha started playing the piano at age 5 and composing at age 7. She has received much recognition from The ASCAP Foundation over the years, indeed with respect to this year's winning composition, In the Light of Seven Stars, Natasha has now earned a total of six Morton Gould Young Composers Awards. Additionally, she has received ASCAP Plus Awards and is the winner of the Warner Brothers- MTNA National, Eastern Division, and Massachusetts State, first place award. She has been commissioned by several organizations. Most recently her work Gestures was commissioned by the Massachusetts Institute of Technology and performed by Boston Modern Orchestra Project (Gil Rose, Conductor) with performances both in New York and Boston. She is in the gifted youth programs at Stanford and John Hopkins Universities. Her collaborative project, The Animal Feeder was recently published by Addison Wesley in Ben Erwin's "Creative Projects with LEGO Mindstorms". Her collaborative research work has also been presented by MIT at a recent music conference in Brazil. This summer Natasha will remain close to home and continue to work on two community service programs she founded in 1999: "Share the Music" program, working with local hospitals, and "Bring out the Music" program, working directly with the mayor of the town, with public schools and with inner-city children. Her hobbies are photography, making short films, wire art and playing squash. She is also an accomplished figure skater and enjoys lacrosse and swimming.