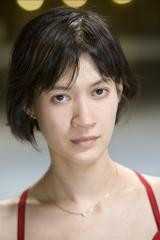 Violinist and violist Miranda Cuckson enjoys performing both as a soloist and chamber musician and is a favorite of audiences for her playing of a range of repertoire, from older works to the newest creations. From a wide grounding in the classical repertoire, she has in recent years become one of the most active performers of contemporary music. According to Downbeat magazine, “violinist Miranda Cuckson reaffirms her standing as one of the most sensitive and electric interpreters of new music.”

She has made lauded appearances as soloist with orchestras internationally, including her Carnegie Hall (Stern Auditorium) debut in Piston’s concerto with the American Symphony Orchestra and performances with the Alabama, Indianapolis, Virginia, Long Beach, Shanghai, Beijing and Jerusalem Symphony’s. She played the Elgar concerto with the Aspen Festival Orchestra as winner of their concerto competition. Her upcoming performances include a new violin concerto by Georg Friedrich Haas to be premiered in fall 2017 in Tokyo, and then in Stuttgart and Porto; the New York premiere of Michael Hersch’s concerto; and solo and chamber music this summer at the West Cork Music Festival in Ireland.

In addition to working with many emerging composing talents, Miranda has collaborated with an array of celebrated composers from around the world including Dutilleux, Carter, Adès, Sciarrino, Adams, Boulez, Hyla, Hersch, Eckardt, Mackey, Crumb, Lachenmann, Saariaho, Davidovsky, Hurel, Iyer, Bermel, Shaw, Lindberg, Wyner, Haas, Murail, Wuorinen, Currier, Glass and Rzewski. She curated and performed in concerts of Shapey’s music on Miller Theatre’s Composer Portraits series and at Contempo at the University of Chicago. In 2012, the McKim Fund of the Library of Congress commissioned a piece for her by Harold Meltzer, which she premiered on Fritz Kreisler’s Guarneri del Gesù violin from the library’s instrument collection.

A passionate recording artist, her upcoming album of solo violin music of Wolpe, Carter and Ferneyhough will add to her adventurous and varied discography. ECM Records released her album of music by Bartók, Schnittke and Lutoslawski in 2016. Her first recording was a disk of concertos by Korngold and Ponce, with the Czech National Symphony on Centaur Records. She subsequently made recital albums of seminal 20th-century American music for Centaur: music by Ross Lee Finney, Ralph Shapey (2-CD set) and Donald Martino. For these projects she was awarded grants from the Copland Fund (four times in a row) and the Ditson Fund. In 2010, Vanguard Classics released “the wreckage of flowers”, solo and duo music by Michael Hersch. Her recording of Luigi Nono’s “La lontananza nostalgica utopica futura” for violin and electronics with Christopher Burns (Urlicht AV) was named a Best Classical Recording of 2012 by the New York Times. In 2014, Urlicht released “Melting the Darkness” –  solo microtonal and electronics pieces by Xenakis, Haas, Bianchi and more – and her disk comprising Sessions’ Sonata for solo violin, Carter’s Duo and a commissioned duo by Jason Eckardt, with pianist Blair McMillen. Her discography also features music by Philip Glass, Jeffrey Mumford, Anna Weesner and Dai Fujikura.

She is the founder/director of Nunc (with which she curates or organizes concerts on a sporadic basis), and a member of the collective counter)induction. As guest curator in the inaugural year at National Sawdust, she presented premieres of new works and performed solo and with ensembles. She has collaborated with groups including Continuum, Sequitur, Talea Ensemble, ICE, Yarn/Wire, Horszowski Trio, JACK Quartet, Decoda, Loadbang, Da Capo Chamber Players, Locrian Chamber Players, Collide-o-Scope and Fonema Consort. She was the founding violinist of Argento Chamber Ensemble from 2003-2011, and for several years in ACME, the Lost Dog Ensemble and the Momenta Quartet.

She is interested in all forms of art and enjoys projects such as Barber’s Concerto with the New York City Ballet, the Stravinsky Concerto on the Guggenheim Museum’s “Works and Process” for the Balanchine centennial, Stravinsky’s Duo Concertant with the State Ballet of Georgia, and various works with New Chamber Ballet and the New York Choreographic Institute. With Nunc, she produced the premiere of “On the Threshold of Winter”, a fully staged chamber opera by Michael Hersch.

Miranda studied at The Juilliard School, from ages 9 to 17 in the Pre-College and onward for her BM, MM and DMA degrees (as a C.V. Starr Fellow). She won Juilliard’s Presser Music Award and the Richard F. French Prize for best doctoral dissertation (her topic was composer Ross Lee Finney’s violin music, his folk-music background and the evolution of his style).  Her main teachers were Felix Galimir, Robert Mann, Dorothy DeLay, Shirley Givens, and for chamber music, Fred Sherry and the Juilliard Quartet. She is on the violin faculty at the Mannes School of Music/New School University and the Composers Conference. She has given masterclasses and seminars at numerous conservatories and universities.

A United States citizen, she was born in Australia and grew up in New York. Her musician parents are Austrian/English and Taiwanese. Cuckson, an old English name originally found in Yorkshire, is pronounced “Cookson,” as in the word to “cook.”