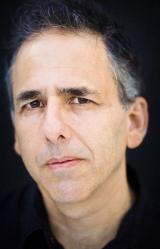 Michael Gordon's music merges subtle rhythmic invention with incredible power embodying, in the words of The New Yorker's Alex Ross, "the fury of punk rock, the nervous brilliance of free jazz and the intransigence of classical modernism." Over the past 25 years, Gordon has produced a strikingly diverse body of work, ranging from large-scale pieces for high-energy ensembles to major orchestral commissions to works conceived specifically for the recording studio. Transcending categorization, this music represents the collision of mysterious introspection and brutal directness.

Deeply passionate about the sonic potential of the traditional orchestra, Gordon's orchestral works include Rewriting Beethoven's Seventh Symphony, a radical reworking of the original, commissioned by the 2006 Beethoven Festival in Bonn and premiered by Jonathon Nott and the Bamberger Symphony; and Sunshine of your Love, written for more than 100 instruments divided into four microtonally tuned groups. Under the baton of composer/conductor John Adams, The Ensemble Modern Orchestra toured Sunshine of your Love to seven European capitals in 1999. Gordon's string orchestra piece Weather was commissioned by the Siemens Foundation Kultur Program, and after its tour was recorded and released on Nonesuch to great critical and popular success. His interest in exploring various sound textures has led him to create chamber works that distort traditional classical instruments with electronic effects and guitar pedals, including Potassium for the Kronos Quartet and Industry for cellist Maya Beiser. Also for Kronos, The Sad Park, written in 2006, uses the voices of child witnesses to September 11th as its subject. Gordon's monumental, 52-minute Trance, originally written for the UK-based group Icebreaker, was debuted in 1997 and recently performed twice in New York City by the ensemble Signal.

Michael Gordon's special interest in adding dimensionality to the traditional concert experience has led to collaborations with numerous artists in other media, most frequently with filmmaker Bill Morrison and Ridge Theater. In Decasia, a commission from Europaischer Musikmonat for the Basel Sinfonietta, the audience is encircled by the orchestra and large projections. A large-scale, single-movement, relentlessly monumental work about decay—the decay of melody, tuning, and classical music itself—Decasia has become a cult favorite since its premiere in 2001, frequently performed at music festivals, art museums, and film festivals around the world. Gordon and Morrison's works together also include two film symphonies centered on cities: Dystopia (about Los Angeles) in 2008 for David Robertson and the Los Angeles Philharmonic, and Gotham (about New York City) in 2004 for the American Composers Orchestra.

Works for theater and opera include What To Wear, a collaboration with director Richard Foreman, which premiered at the REDCAT Theater in Los Angeles; Aquanetta, about the 1940s B-Movie starlet for Oper Aachen; Lost Objects, an oratorio for baroque orchestra in collaboration with David Lang, Julia Wolfe, and director Francois Girard, which was seen at the 2004 Next Wave Festival at BAM; and Van Gogh, vocal settings from the letters of Vincent Van Gogh, recorded by Alarm Will Sound. Most recently, Gordon again collaborated with Ridge Theater on the multi-performer song cycle lightning at our feet, co-commissioned by Cynthia Woods Mitchell Center for the Arts at the University of Houston and the Brooklyn Academy of Music for the 2008 Next Wave Festival. lightning at our feet straddles arts media, giving Dickinson's poetry mobility in music while encompassing her words in a world of visual imagery.

Gordon's music has been featured prominently in the dance works of Emio Greco | PC, Wayne McGregor (for Stuttgart Ballet, Random Dance), Pina Bausch's Tanztheater Wuppertal, Heinz Spoerli (for Zurich Ballet), Ashley Page (for The Royal Ballet and The Scottish Ballet) and Club Guy & Roni. His recent project [purgatorio] POPOPERA is a guitar piece written for seven dancers from the Emio Greco|PC company who, before originating the piece, did not know how to play guitar. The resulting 75-minute work debuted in 2008 at the Holland Music Festival and will tour the US this fall. The music was recently released as an EP on the Cantaloupe label.

Gordon has been commissioned by Lincoln Center, Carnegie Hall, the BBC Proms, the Brooklyn Academy of Music, Settembre Musica, the Holland Music Festival, the Dresden Festival, and the Sydney 2000 Olympic Arts Festival, among others. His music has been performed at the Kennedy Center, Theatre De La Ville, Barbican Centre, Oper Bonn, Kolner Philharmonie and the Southbank Centre. The recipient of multiple awards and grants, Gordon has been honored by the Guggenheim Foundation, the National Endowment for the Arts, the Foundation for Contemporary Performance Arts, and the American Academy of Arts and Letters. His recordings include Weather (Nonesuch), Light is Calling (Nonesuch), Decasia (Cantaloupe), [purgatorio] POPOPERA (Cantaloupe), Van Gogh (Cantaloupe), Trance (Argo/Cantaloupe), and Big Noise from Nicaragua (CRI). Gordon's music is published by Red Poppy (ASCAP) and distributed worldwide by G. Schirmer. Formed in 1983 as The Michael Gordon Philharmonic and renamed The Michael Gordon Band in 2000, Gordon's own ensemble performed across Europe and the United States at venues as diverse as Alice Tully Hall and the punk mecca CBGB, on the Contemporary Music Network Tour and at the Almeida Festival in London.

Born in Miami Beach in 1956, Gordon holds a Bachelor of Arts from New York University and a Masters of Music from the Yale School of Music. He is Co-Founder and Co-Artistic Director of the internationally-renowned Bang on a Can Festival.