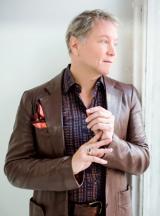 American composer-librettist Mark Adamo's work has returned to the stage in force. Opera Holland Park gave the U. K. premiere of his first opera, Little Women, in July of 2022;  Pittsburgh Festival Opera completed and introduced its filmed version his second opera, Lysistrata, that same month, which also saw the Tanglewood Institute’s premiere of the wind-orchestra version of the Overture to Lysistrata, arranged by Peter Martin.  Up next is the New York premiere of Last Year, his concerto for cello and string orchestra which refracts Vivaldi’s Four Seasons through the prism of a changing climate; Mei-Ann Chen leads soloist Jeffrey Zeigler and the American Composers’ Orchestra at Carnegie Hall in October. Teatro Colón, in Buenos Aires, gives the Argentine premiere in Buenos Aires of Little Women in November; that same month, Boston Modern Orchestra Project gives the East Coast premiere of The Lord of Cries, the opera he co-created with composer John Corigliano for Santa Fe Opera in 2021. These performances will be recorded for the work’s premiere release on CD. The autumn of 2021 saw the first performances of Last Year in San Francisco and in Houston, followed, in December, by Chicago Opera Theater’s new production of Becoming Santa Claus, Adamo’s fourth opera, which was conducted by Lidiya Yankovskaya and directed by Kyle Lang. This followed the warmly received Dutch premiere by the Dutch National Opera Academy of Little Women, given in Amsterdam in January of 2020.

Becoming Santa Claus was released on DVD/Blu-Ray in September 2017; it was commissioned and introduced by Dallas Opera in December 2015. The DVD release followed a new production in Boulder, Colorado, which Adamo directed, of a chamber version of The Gospel of Mary Magdalene, his third full-length opera, which was commissioned and introduced by San Francisco Opera in June 2013 and which itself followed a busy season of opera and chamber premières. In May 2012, Fort Worth Opera opened its first production of Lysistrata; that September, the Constella Festival in Cincinnati opened their season with August Music, for flute duo and string quartet, commissioned by Sir James and Lady Jeanne Galway: in December, Sasha Cooke and the New York Festival of Song introduced The Racer's Widow, a cycle of five American poems for mezzo-soprano, cello, and piano; and, in April 2013, baritone Thomas Hampson and the Jupiter String Quartet introduced Aristotle, after the poem by Billy Collins, in concerts at the Mondavi Center in Davis, California before continuing to Boston and New York under the auspices of the Chamber Music Society of Lincoln Center.

Adamo first attracted national attention with his uniquely celebrated début opera, Little Women, after the Alcott novel. Introduced by Houston Grand Opera in 1998 and revived there in 2000, Little Women is one of the most frequently performed American operas of the last fifteen years, with more than 135 national and international engagements in cities ranging from New York to London, Buenos Aires, Amsterdam, Minneapolis, Toronto, Chicago, San Francisco, Adelaide, Perth, Mexico City, Brugges, Banff, Calgary, and Tokyo, where it served as the official U.S. cultural entrant to the 2005 World Expo. The Houston Grand Opera revival (2000) was telecast by PBS/WNET on Great Performances in 2001 and released on CD by Ondine that same year; in fall 2010, Naxos released this performance on DVD and on Blu-ray. (Little Women was the first American opera recorded in high-definition television.) Comparable enthusiasm greeted the début of the larger-scaled Lysistrata, Adamo's second opera, adapted from Aristophanes' comedy but also including elements from Sophocles' Antigone. Lysistrata was commissioned by Houston Grand Opera for its 50th anniversary and introduced in March 2005: its New York City Opera debut in March 2006 led to concert performances by Washington National Opera (May 2006) and Music at the Modern by the Van Cliburn Foundation (May 2007) before the new staging of the work at Fort Worth Opera in spring 2012, which was included on the best-of-2012 lists of both D Magazine and the Fort Worth Star-Telegram.

While Adamo's principal work continues to be for the opera house, over the past five years he has ventured not only into chamber music but also into symphonic and choral composition. In addition to Last Year, Adamo's first concerto, Four Angels, for harp and orchestra, was commissioned by the National Symphony Orchestra and debuted in June 2007: the Utah Symphony, led by their Music Director Emeritus, Keith Lockhart, presented Four Angels in January 2011. In May 2007, Washington's Eclipse Chamber Orchestra, for which Adamo served as its first composer-in-residence, performed the revised version of Adamo's Late Victorians, a cantata for singing voice, speaking voice, and orchestra: Naxos released Late Victorians in 2009 on Eclipse's all-Adamo CD, which also included Alcott Music, from Little Women, for strings, harp, celesta, and percussion; "Regina Coeli," an arrangement of the slow movement of Four Angels for harp and strings alone; and the Overture to Lysistrata for medium orchestra. In April of 2010, Harold Rosenbaum's New York Virtuoso Singers paired six of Adamo's newly published choral scores with the complete chamber-choral work of John Corigliano. This concert featured the New York premières of Cantate Domino (after Psalm 91), Pied Beauty and God's Grandeur (Gerard Manley Hopkins; commissioned by the Gregg Smith Singers), Matewan Music (Appalachian folk-tune variations), Supreme Virtue (Stephen Mitchell's translation of the Tao te Ching), and The Poet Speaks of Praising (Rilke: commissioned and introduced by Chanticleer).

Composer-in-residence at New York City Opera from 2001 through 2006, where he led the VOX: Showcasing American Composers program, Adamo also served as Master Artist at Atlantic Center for the Arts in May 2003. Since 2007 he has served as the principal teacher of American Lyric Theatre's Composer-Librettist Development Program in New York, in which he coaches teams of composers and librettists in developing their work for the stage.