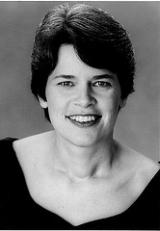 In addition to symphony appearances she performs regularly with modern and period instrument orchestras which specialize in this repertoire including the Handel and Haydn Society, Washington Bach Consort, Music of the Baroque, Santa Fe Pro Musica, Bethlehem Bach Society, and many others. Ms. Colton has also been praised for her performances of later repertoire, including concert works of Barber, Berg, Brahms, Fauré, Mahler, Nielsen, Orff, Saint-Saëns, and Vaughan-Williams.

A proponent of new music as well, Ms. Colton has been actively engaged in performing and commissioning new or seldom-heard repertoire of the past fifty years. She was soloist in the world-premiere performances and recording of Tomiko Kohjiba's Transmigration of the Soul at the Santa Fe Chamber Music Festival in 1995, and in several subsequent performances; and Chandos released a recording of Lukas Foss's Griffelkin, with Ms. Colton in the title role, which was performed and recorded in 2002 with the Boston Modern Orchestra Project (BMOP), conducted by Gil Rose. In 2004 she commissioned a work, Uncertainty is Beautiful, for soprano and orchestra by Andrew Vores, which was premiered in Boston by BMOP. It is based on the texts of Mary Oliver and Wislawa Szymborska.

Operatic engagements have included Mozart's Il Re Pastore (Aminta) for Boston Lyric Opera; Seleuce in Handel's Tolomeo at the International Handel Festival in Göttingen, Germany; and Mozart's Marriage of Figaro (Cherubino), Postcard from Morocco (Lady with the Hand Mirror) by Dominick Argento, and the complete Monteverdi cycle (supporting roles), all for Skylight Opera. She also appeared in Lully's Thésée at the Boston Early Music Festival. Performances of opera in concert or semi-staged presentations include several Handel operatic roles; Dalinda in Ariodante for Handel and Haydn Society, Pleasure in The Triumph of Time and Truth for Aston Magna on a European tour, and Alceste in Admeto with Emmanuel Music in Boston. At the Carmel Festival she portrayed Vespetta in Telemann's comedy Pimpinone.

Festival engagements have taken Ms. Colton across North America with orchestral and recital appearances at Tanglewood, the Casals Festival in Puerto Rico, Bethlehem Bach, Banff, Harbison's Token Creek Festival, the Britt Festival, and concerts in Chicago at Ravinia-Stean's Institute. She appears annually at the Carmel Bach Festival, under the direction of Bruno Weil.

In addition to the Foss and Kohjiba recordings, Ms. Colton can be heard on two solo recordings: Le Charme, a collection of French art songs, and He Brought Me Roses, 25 lieder by Joseph Marx. She has also recorded the St. John Passion and Cantata BWV 133 for Koch International Records with Emmanuel Music where she performs regularly in recitals, oratorios and their weekly cantata series.

Lukas Foss composed Griffelkin for the NBC television network, which broadcast the opera on November 6, 1955. Although Griffelkin is based on a children’s fable, Foss wanted it to appeal to listeners ages “8 to 80,” so he wrote in a very accessible though not simplistic musical style—and the story has enough of a mature subtext to interest adults as well as children (as all good “children’s” music must).

There's much to enjoy in this lively and engaging opera—no matter what your age.