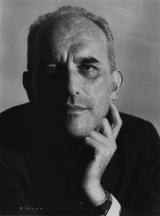 Born on 4 March 1915 in Barcelona, Carlos Surinach was among this century's premier composers for the dance. His works combined the fiery imagery of his native Spain with the technical sophistication of his German musical education. Studies in composition at the Barcelona Conservatory were followed by advanced work at the Düsseldorf Conservatory, the Cologne Hochschule, and Berlin's Prussian Academy as well as at lecture-seminars under Strauss. He was conductor of the Barcelona Philharmonic and the orchestra of the Gran Teatro del Liceo before moving to the United States in 1951 where he gained renown as both composer and conductor.

In the United States, Surinach's scores were quickly picked up by choreographers and dance companies including Martha Graham and the Joffrey Ballet. Graham included his Acrobats of God and Embattled Garden in her Edinburgh Festival programs and the Joffrey programmed his Feast of Ashes for their Russian tour in 1963. An impressive body of orchestral, choral, and chamber music as well as music for the dance is uniquely colored by Surinach's innate sense of rhythm and melody.

Surinach taught at Carnegie Mellon University and received commissions and grants from the Louisville Orchestra, Ricordi, the Rothschild Foundation, Martha Graham, MGM Records, and many other institutions. He was awarded England's Bax Society Medal for Non Commonwealth Composers in 1966 and the Spanish title of Knight Commander of the Order of Isabella I of Castille in 1972.