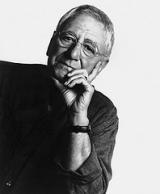 Born in England in 1934, Rands emigrated to the United States in 1975, becoming an American Citizen in 1983. He has been honored by the American Academy and Institute of Arts and Letters; B.M.I.; the Guggenheim Foundation; the National Endowment for the Arts; Meet the Composer; the Barlow, Fromm and Koussevitzky Foundations, among many others.

Recent commissions have come from the Suntory concert hall in Tokyo; the New York Philharmonic; Carnegie Hall; the Boston Symphony Orchestra; the Cincinnati Symphony; the Los Angeles Philharmonic; the Philadelphia Orchestra; the B.B.C Symphony, London; the National Symphony Orchestra; the Internationale Bach Akademie, Stuttgart; the Eastman Wind Ensemble and the Chicago Symphony Orchestra. Many chamber works have resulted from commissions from major ensembles and festivals around the world. His Chamber Opera Belladonna was commissioned and premiered by the Aspen Festival for its fiftieth anniversary in 1999. In 2003 the first act was performed as part of VOX 2003 of the New York City Opera.

Upcoming projects include commissions from The Institute for American Music to write a string quartet for the Ying String quartet; a Meet the Composer consortium commission to compose a guitar concerto for Eliot Fisk and three chamber orchestras; a solo piano work for Robert Levin.

Rands contiues his long term project of composing a full scale opera, entitled Vincent, based on the life and work of Van Gogh.

A dedicated and passionate teacher, Rands has been guest composer at many international festivals and Composer in Residence at the Aspen and Tanglewood festivals. Rands is the Walter Bigelow Rosen Professor of Music at Harvard University where he teaches with distinction.

The originality and distinctive character of his music have been variously described as "plangent lyricism" with a "dramatic intensity" and a "musicality and clarity of idea allied to a sophisticated and elegant technical mastery" — qualities developed from his studies with Dallapiccola and Berio.

Rands was elected and inducted into the American Academy of Arts and Letters in 2004.

The Boston Modern Orchestra Project (BMOP), under Artistic Director and Conductor Gil Rose, is pleased to announce the Arsis Audio release of the world premiere recording of the complete Canti Trilogy by renowned composer Bernard Rands. This is the eighth commercial recording BMOP has released in the last two years. The ensemble is one of the few professional orchestras in the country dedicated exclusively to performing and recording music of the 20th and 21st centuries.

The Boston Modern Orchestra Project—as represented by the 11 players who appeared at Miller Theater under the group’s founder and conductor, Gil Rose—is extremely able and musical. Performing Bernard Rands’s three astronomical Canti of the late 1980s and early ‘90s last Thurday, Mr. Rose and his team filled the music with rich, decisive ensemble colors and magnificent solos in scores whose dominant expressive position is one of rapture, these musicians were rapturous....