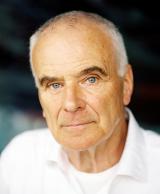 Davies is a prolific composer who has written music in a variety of styles and idioms over his career, often combining disparate styles in one piece.

Early works include the Trumpet Sonata (1955), written while he was at college, and his first orchestral work, Prolation (1958), written while under the tutelage of Petrassi. Early works often use serial techniques (for example Sinfonia for chamber orchestra, 1962), sometimes combined with Mediaeval and Renaissance compositional methods. Fragments of plainsong are often used as basic source material to be adapted and developed in various ways.

Pieces from the late 1960s take up these techniques and tend towards experimental and a violent character - these include Revelation and Fall (based on a poem by Georg Trakl), the music theatre pieces Eight Songs for a Mad King and Vesalii Icones, and the opera Taverner. Taverner again shows an interest in Renaissance music, taking as its subject the composer John Taverner, and consisting of parts resembling Renaissance forms. The orchestral piece St Thomas Wake (1969) also shows this interest, and is a particularly obvious example of Davies's polystylism, combining, as it does, a suite of foxtrots (played by a twenties-style dance band), a pavane by John Bull and Davies's "own" music (the work is described by Davies as a "Foxtrot for orchestra on a pavan by John Bull"). Many works from this period were performed by the Pierrot Players which Davies founded with Harrison Birtwistle in 1967 (they were reformed as the Fires of London in 1970, disbanded in 1987).

Davies is known for his use of magic squares as a source of musical materials and as a structural determinant. In his work Ave Maris Stella (1975) he used a 9x9 square numerologically associated with the moon, reduced modulo 9 to produce a Latin square, to permute the notes of a plainsong melody with the same name as the piece and to govern the durations of the notes.

Worldes Blis (1969) indicated a move towards a more integrated and somewhat more restrained style, anticipating the calm which Davies would soon find at his new home in Orkney. Some have drawn a comparison between this later style and the music of Jean Sibelius. His present style is regarded as much more accessible, to the point where Harrison Birtwistle no longer regarded him as a modernist.

Since his move to Orkney, Davies has often drawn on Orcadian or more generally Scottish themes in his music, and has sometimes set the words of Orcadian writer George Mackay Brown. He has written a number of other operas, including The Martyrdom of St Magnus (1976), The Lighthouse (1980, his most popular opera), and The Doctor of Myddfai (1996). The ambitious, nihilistic parable Resurrection (1987), which includes parts for a rock band, was nearly twenty years in gestation.

Davies also became interested in classical forms, completing his first symphony in 1976. He has written eight numbered symphonies since—a symphonic cycle of the Symphonies Nos.1–7 (1976–2000), a Symphony No. 8 titled the 'Antarctic' (2000), a Sinfonia Concertante (1982), as well as the series of ten Strathclyde Concertos for various instruments (pieces born out of his association with the Scottish Chamber Orchestra, 1987–1996). In 2002, he began work on a series of string quartets for the Maggini String Quartet to record on Naxos Records (the so-called Naxos Quartets). The whole series was completed in 2007, and is viewed by the composer as a novel in ten chapters".

Davies's lighter orchestral works have included Mavis in Las Vegas and Orkney Wedding, With Sunrise (which features the bagpipes), as well as a number of theatre pieces for children and a good deal of music with educational purposes. Additionally he wrote the scores for Ken Russell's films The Devils and The Boy Friend.

Maxwell Davies's short piano piece Farewell to Stromness entered the Classic FM Hall of Fame in 2003, his first ever entry, and was at that time the fastest-rising new entry in the chart's history.

He also writes with particular affinity for young and non-professional performers; for example, his Fanfare: A salute to Dennis Brain is targeted at players of grade 6 standard or above, and he has composed several children's operas including A Selkie Tale, The Great Bank Robbery and The Spider's Revenge. Other children's works include Chat Moss and A Hoy Calendar both written for first performance by the children of St Edward's College Liverpool.

A Hymn to the Spirit of Fire was commissioned by the Liverpool Metropolitan Cathedral Concerts Society as the culmination of the city's Capital of Culture year 2008 and was given its world premiere at the Cathedral on Saturday 13 December.

His Violin Concerto No. 2 received its UK premiere on 8 September 2009 (the composer's 75th birthday) in the Royal Albert Hall, London, as part of the 2009 season of the BBC Proms.

On 13 October 2009, his string sextet 'The Last Island' was performed for the first time by the Nash Ensemble at Wigmore Hall in a 75th birthday concert for the composer.