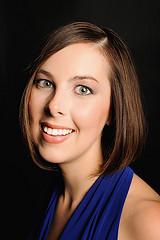 Soprano Kristen Watson, hailed by critics for her "blithe and silvery" tone and "winning stage presence," has made solo appearances with the Orpheus Chamber Orchestra, Mark Morris Dance Group, Boston Baroque, and the Handel & Haydn Society at such venues as Walt Disney Concert Hall, the Cathedral of St. John the Divine, and Boston's Symphony Hall. Praised for her "keen musicianship, agility and seamless control," Ms. Watson has been recognized by the Concert Artists Guild, Oratorio Society of New York, Joy in Singing, American Bach Society, and Louisville Bach Society competitions and was granted the Lorraine Hunt Lieberson Fellowship with Emmanuel Music.

Opera audiences have heard Ms. Watson as the Voice of the Fountain in Osvaldo Golijov's acclaimed opera Ainadamar, directed by Peter Sellars with Opera Boston. She has performed in productions with Boston Lyric Opera, Opera New England, Boston University Opera Institute, Opera Providence, Opera Theater of Pittsburgh and Intermezzo Opera in such roles as Tytania in A Midsummer Night's Dream, Adele in Die Fledermaus, Polly Peachum in The Beggar's Opera, and Monica in The Medium. A versatile crossover artist, Ms. Watson has made several solo appearances with the Boston Pops under Keith Lockhart, performed as a featured soprano alongside Greek tenor Mario Frangoulis, and shared the stage with veteran actress Shirley Jones in Rodgers and Hammerstein's Carousel.

Whatever anyone thinks of the actual opera, congratulations are again in order to Opera Unlimited, the collaboration between music director Gil Rose’s Opera Boston and his Boston Modern Orchestra Project, this time for bringing to Boston the American premiere of Hungarian composer Peter Eötvös’s attempt to make an opera out of Tony Kushner’s Angels in America, his Pulitzer-winning play about the AIDS epidemic and the collapse of public and personal values under Reagan (one remaining performance, June 24 at the Majestic Theatre).

Tony Kushner’s Angels in America is an epic, historical, political, personal , and apocalyptic drama that is also an opera waiting to happen. It is full of larger-than-life characters who deliver long aria-speeches of interior questioning; characters meet each other in dream landscapes and there are interwoven, simultaneous episodes that resemble operatic ensembles. There is even a grand death scene.