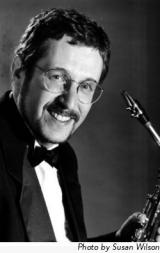 Kenneth Radnofsky has appeared as soloist with leading orchestras and ensembles throughout the world, including the Leipzig Gewandhaus Orchestra and the New York Philharmonic under the direction of Maestro Kurt Masur, Dresden Staatskapelle, Boston Pops, the Taipei and Taiwan Symphonies, New World Symphony, BBC Concert Orchestra, the Oregon Symphony, Marlboro Festival, Portland String Quartet, Moscow Autumn, and the Boston Modern Orchestra Project with Gil Rose. Mr. Radnofsky made his Carnegie Hall debut with the New York premiere of Gunther Schuller's Concerto for Alto Saxophone with the National Orchestral Association. The world premiere of this work featured Mr. Radnofsky with the Pittsburgh Symphony; both of the highly acclaimed performances were conducted by the composer. David Amram's concerto, Ode to Lord Buckley, is dedicated to Mr. Radnofsky, who premiered the work with the Portland Symphony Orchestra, under Bruce Hangen's direction. He has also performed on numerous occasions for the Boston Symphony Orchestra over the last thirty years.

Now in its 10th season, the Boston Modern Orchestra Project is a vibrant presence on the city’s new music scene, a group with omnivorous musical appetites and impressive collective chops. Its calendar this season is crowded with contemporary music, from the avant-garde of France to the avant-garde of New Jersey. But once a year, BMOP tunes its questing ears to the music produced specifically by local composers, or at least those with local ties. The group’s annual “Boston Connection” program took place Saturday night in Jordan Hall.

Listening to Olivero's music is like swimming in an ocean and when you pick up your head you can see the traditions she is weaving into her music.