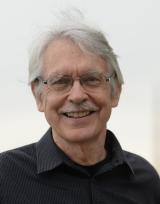 Six symphonies, five string quartets, three operas, five song cycles, and numerous solo and ensemble instrumental pieces anchor the concert music side of John Harbison's catalogue. Four large church cantatas and ten a cappella motets are part of his ongoing involvement with sacred music, as both conductor and composer. Closely allied to these are Four Psalms, for the 50th anniversary of the establishment of the State of Israel; Abraham, for the Vatican conference on the Reconciliation of Three Faiths; and Requiem, a Boston Symphony commission.

Harbison is Institute Professor at M.I.T. where he is a player-coach-arranger for the Vocal Jazz Ensemble which he founded in 2010, and pianist with the faculty jazz group Strength in Numbers (SIN). In these roles he is adding to his large catalogue of pop-songs and jazz arrangements.

He has often taught composition at Tanglewood, beginning in 1984. Since 2005, with Michael Gandolfi, he has been consistently engaged there, frequently directing the Festival of Contemporary Music. He continues his forty-five year role as Principal Guest Conductor of Boston's Emmanuel Music (from 2007 to 2010 as Acting Music Director.)

For twenty five years, he and Rose Mary Harbison have been Co-Directors of the Token Creek Festival in rural Wisconsin. She is the inspiration for many of his pieces, including the Violin Concerto, Four Songs of Solitude, Crane Sightings, and Violin Sonata II.

Recent performances of Harbison’s music include a concert version of his opera The Great Gatsby by Emmanuel Music, both in Boston and Tanglewood; a survey of his vocal music at the National Opera Institute by Songfusion; a performance of Closer to My Own Life (texts by Alice Munro) with the Tanglewood Music Center Orchestra, mezzo-soprano Reilly Nelson, and conductor Stilian Kirov; and an evening of his pop songs at Smalls/ NYC with singer Mary McKenzie and an all-star jazz ensemble headed by John Chin.

Newly completed pieces include a String Trio for Camerata Pacifica; For Violin Alone, for Jennifer Koh's series at the 92nd St. Y, and The Supper at Emmaus, in memory of Emmanuel's longtime Music Director and Harbison's close friend of forty years, Craig Smith.

Harbison has been composer-in-residence at the American Academy in Rome, Marlboro Festival, the Pittsburgh Symphony and the Los Angeles Philharmonic, and the Aspen, Tanglewood, and Sante Fe festivals. He has conducted the Boston Symphony, the Los Angeles Philharmonic, the RAI chamber ensemble, and the St. Paul Chamber Orchestra, serving there as creative chair in 1992-94.

He has received a Pulitzer Prize, a MacArthur Fellowship, a Kennedy Center Friedheim Award, a Heinz Award, the Harvard Arts Medal, and the Horblit Award from the Boston Symphony and Harvard University, coincident with the stream release of his Six Symphonies by the Boston Symphony. The performances derive from a survey of his symphonies conducted by James Levine, who has commissioned and performed Harbison's music extensively over the last two decades.

Gil Rose presented Boston Modern Opera Project’s first Club Concert of the season on Monday evening, November 29. These evenings, which began at the Club Café in Boston in 2003 and this year moved to the Oberon in Cambridge, are hosted by BMOP’s Score Board (New England composers) whose members take turns “curating.” On this occasion it was Curtis K. Hughes who introduced each work, with pianist Sarah Bob introducing Hughes’s own composition.

This recording from Gil Rose and the Boston Modern Orchestra Project includes two of John Harbison’s prominent vocal works, the Mirabai Songs and his opera, Full Moon in March. The former is based on a text by a 16th-century Indian mystical poet and street-dancer, while the latter is loosely adapted by the composer from a play by William Butler Yeats. The last piece on this recording is an elegiac tribute to Calvin Simmons, a young conductor of the Oakland Symphony who died in a boating accident.

BMOP/sound, the nation's foremost label launched by an orchestra and devoted exclusively to new music recordings, today announced the album release of John Harbison: Full Moon in March. Pulitzer Prize-winning composer John Harbison is one of America's most prominent artistic figures. As part of BMOP's ongoing effort to perform, record, and disseminate Harbison's significant, early works, the album includes two vocal works: his chamber opera, Full Moon in March (1977), which is based on W.B.

One of the reasons John Harbison (b. 1938) is now probably our country’s premier serious composer is the comprehensive range of his catalog. He has made a conscious effort to address all of the various classical genres, from a three-act opera to many kinds of miniatures, both vocal and instrumental.

John Harbison began composing a full-length ballet based on the legend of Ulysses in the 1980s without any prospect of a staged performance. The ballet’s second act, “Ulysses’ Bow”, was played in concert and recorded by André Previn and the Pittsburgh Symphony in 1984 but the complete score didn’t come off the shelf until 2003, when the Boston Modern Orchestra Project, led by Gil Rose, brought it to belated life. Their efforts were eminently worthwhile, as the recording of the entire work released on their own label confirms.

John Harbison’s ballet Ulysses (1984, rev. 2003) was inspired by the final scenes from Monteverdi’s Ritorno d’Ulisse, where the hero strings his bow and goes on to win back both his kingdom and his wife. The ballet is in two large parts, ‘Ulysses’ Raft’, and ‘Ulysses’ Bow’, the latter having been previously recorded by the Pittsburgh Symphony on Nonesuch. This is the first recording of the complete ballet, which (incredibly) still awaits staging.

A Neo-Romantic smash. John Harbison has always commanded the respect of his fellow composers, although the public at large, I think, has yet to tumble to him. He has written music in every genre, including a few operas, concerti, sonatas, religious choral works, oratorio, and string quartets. He studied with Piston, Sessions, Kim, Blacher, and Dallapiccola, among others, and ended up going his own way. He has received the MacArthur “genius” award.

John Harbison’s Ulysses ballet is undoubtedly one of his most colourful, accessible works, and a far cry from the cool convolutions of his Great Gatsby opera. Fragments of the ballet floated around the concert world during the 1980s, but the first complete performances and recording did not occur until the Boston Modern Orchestra Project and Music Director Gil Rose undertook this truly heroic task in 2003.

It’s hard to believe that Pulitzer prizewinning composer John Harbison, who turns seventy this year, composed a full length ballet nearly a quarter of a century ago and it has yet to be staged. Ulysses (1984/rev, 2003), has been played piecemeal by various orchestras over the years; Andre Previn and the Pittsburgh Symphony recorded its second act, “Ulysses’ Bow,” for Nonesuch; but it wasn’t until 2003 that an orchestra performed the work in its entirety.

Four out of five stars

John Harbison’s Ulysses has been a long delayed release, but, anxiously awaited, it was composed in 1983 and is also the inaugural release from the new music recording label BMOP/sound. Indeed it is a wonderful first CD by the new label.

A couple of weeks ago, conductor Gil Rose was sitting in a local Indian restaurant, looking improbably relaxed. As music director of Opera Boston, he had the opening night of Osvaldo Golijov’s flamenco opera Ainadamar looming over his head, and as founder of the Boston Modern Orchestra Project, he had four daunting contemporary scores waiting to be whipped into shape for a concert at Jordan Hall.

A couple of weeks ago, conductor Gil Rose was sitting in a local Indian restaurant, looking improbably relaxed. As music director of Opera Boston, he had the opening night of Osvaldo Golijov’s flamenco opera Ainadamar looming over his head, and as founder of the Boston Modern Orchestra Project, he had four daunting contemporary scores waiting to be whipped into shape for a concert that takes place this Friday night at Jordan Hall.