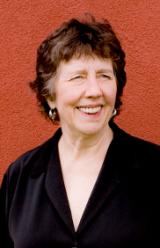 Joan Tower is widely regarded as one of the most important American composers living today. During a career spanning more than 50 years, she has made lasting contributions to musical life in the United States as composer, performer, conductor, and educator. Her works have been commissioned by major ensembles, soloists, and orchestras, including the Emerson, Tokyo, and Muir quartets; soloists Evelyn Glennie, Carol Wincenc, David Shifrin, and John Browning; and the orchestras of Chicago, New York, St. Louis, Pittsburgh, and Washington DC among others.

In 1990, Tower became the first woman to win the prestigious Grawemeyer Award for Silver Ladders. She was the first composer chosen for a Ford Made in America consortium commission of sixty-five orchestras. The Nashville Symphony and conductor Leonard Slatkin recorded that work, Made in America, with Tambor and Concerto for Orchestra for the Naxos label. The top-selling recording won three 2008 Grammy awards: Best Contemporary Classical Composition, Best Classical Album, and Best Orchestral Performance. Nashville’s latest all-Tower recording includes Stroke, which received a 2016 Grammy nomination for Best Contemporary Classical Composition.

From 1969 to 1984, she was pianist and founding member of the Naumburg Award-winning Da Capo Chamber Players, which commissioned and premiered many of her most popular works. Her first orchestral work, Sequoia, quickly entered the repertory. Tower's tremendously popular five Fanfares for the Uncommon Woman have been played by over 500 different ensembles. She is currently Asher Edelman Professor of Music at Bard College, where she has taught since 1972.

Her composer-residencies with orchestras and festivals include a decade with the Orchestra of St. Luke's, the Pittsburgh Symphony Orchestra’s Composer of the Year for their 2010-2011 season, as well as the St. Louis Symphony, the Deer Valley Music Festival, and the Yale/Norfolk Chamber Music Festival. She is in residence as the Albany Symphony’s Mentor Composer partner in the 2013-14 season.

Her compositions cross many genres: Can I (2007) for youth chorus and two percussionists; Copperwave (2006), written for brass quintet; DNA (2003), a percussion quintet commissioned for Frank Epstein and the New England Conservatory Percussion Ensemble; Fascinating Ribbons (2001), her foray into the world of band music, premiered at the annual conference of College Band Directors; Vast Antique Cubes/Throbbing Still (2000), a solo piano piece for John Browning; Tambor (1998), for the Pittsburgh Symphony under the baton of Mariss Jansons; and her ballet Stepping Stones (1993), commissioned by choreographer Kathryn Posin for the Milwaukee Ballet and revisited by Posin with the Bulgarian Ballet in June 2011.