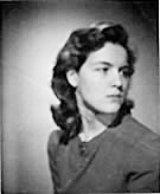 Betsy Jolas, born in Paris in 1926, is the daughter of translator Maria Jolas and poet and journalist Eugène Jolas, founder of the well known literary magazine "transition", in which James Joyce's Finnegans Wake was published under the heading work in progress. She came to the U.S. in 1940, completed her general schooling, then started studying composition with Paul Boepple, piano with Helen Schnabel and organ with Carl Weinrich.

After graduating from Bennington College, Betsy Jolas returned to Paris in 1946 to continue her studies with Darius Milhaud, Simone Plé-Caussade and Olivier Messiaen at the Conservatoire National Supérieur de Musique of Paris.

Prize winner of the International Conducting Competition of Besançon (1953), she has since won many awards, including Copley Foundation of Chicago (1954), ORTF (1961), American Academy of Arts (1973), Koussevitsky Fondation (1974), Grand Prix National de la Musique (1974), Grand Prix de la Ville de Paris (1981), Grand Prix de la SACEM (1982). Betsy Jolas became a member of the American Academy of Arts and Letters in 1983. In 1985 she was promoted to Commandeur des Arts et des Lettres. In 1992 she received the Maurice Ravel Prix International and was named "Personality of the Year" for France. In 1994 she was awarded the Prix SACEM for the best première performance of the year for her work Frauenleben. She was elected to The American Academy of Arts and Sciences in 1995 and made Chevalier de la Légion d'Honneur in 1997. From 1971 to 1974 Betsy Jolas replaced Olivier Messiaen at his course at the Conservatoire National Supérieur de Musique of Paris and was appointed to the faculty in 1975.

She has also taught at Tanglewood, Yale, Harvard, Mills College (Darius Milhaud chair), Berkeley, USC and San Diego University, to name a few. Her works, written for a great variety of combinations, have been Widely performed throughout the world by first class artists such as Elisabeth Chojnacka, Kent Nagano, William Christie, Claude Helffer, Kim Kashkashian, and by leading groups : The Boston Symphony Chamber Players, the) Concord Quartet, the Domaine Musical, the Percussions de Strasbourg, the Lincoln Center Chamber Music Society, the London Sinfonietta, the Ensemble Intercontemporain, the Philharmonia, etc.

Twelve of her works have been recorded for EMI, Adès, CRI, Erato, Barclay, several of which have been the recipients of grand prize gramophone awards.

A few minutes into the Boston Modern Orchestra Project’s performance of Pascal Dusapin’s chamber-ensemble piece Coda, Gil Rose brought the music to a sudden halt. He calmly explained to the audience that he’d just encountered “every conductor’s nightmare”: He’d turned three pages in his score at once. And when that happens, he said with a small smile, there’s nothing to do but start over.

Rose conducted strikingly assured performances, and the playing was up to BMOP's usual high standards.